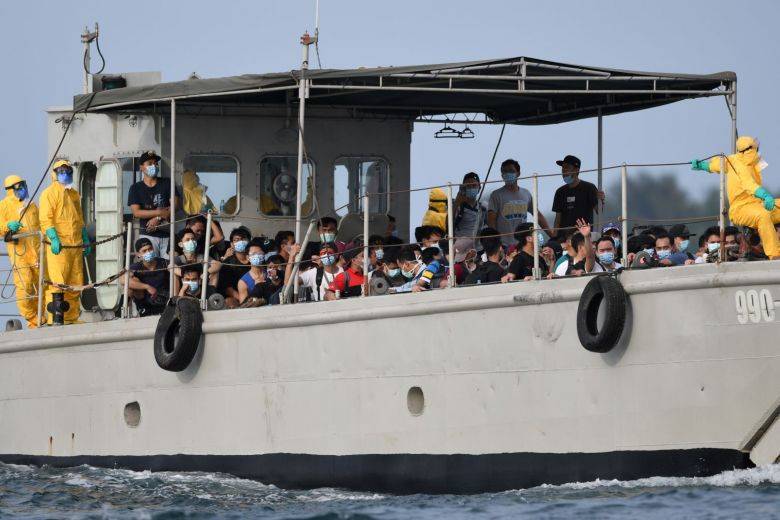 JAKARTA (The Jakarta Post/ANN): Indonesian President Joko Widodo said on Monday (March 2) that two Indonesians had tested positive for the coronavirus, marking the first confirmed cases in the world's fourth most populous country.

Joko said that the two people, a 64-year-old and her 31-year-old daughter, had been in contact with a Japanese citizen who tested positive in Malaysia on Feb 27 after visiting Indonesia in early February.

“We checked (the two people), and this morning I received a report from the health minister that they tested positive for the coronavirus.”

He said the government was well-prepared to handle Covid-19 cases.

“We have prepared over 100 hospitals with isolation rooms with good isolation standards. We also have equipment that meets international standards, ” he said.

Health Minister Terawan Agus Putranto, who was also at the State Palace, said that the two women were residents of Depok, West Java, and were currently being treated at the Sulianti Saroso Infectious Diseases Hospital (RSPI Sulianti Suroso) in Jakarta.

“Both are in good condition...they don’t have serious breathing difficulties," AFP quoted the health minister as saying.

Prior to this announcement, Indonesia had no confirmed cases of Covid-19, raising concerns about the country’s detection ability.

Last month, Indonesia criticised a US study that questioned why the Southeast Asian archipelago of more than 260 million, which has strong links to China, had not recorded a case of the virus.

The World Health Organization said it was particularly concerned about high-risk nations with weaker health systems, who may lack the facilities to identify cases.

The global death toll from the new coronavirus epidemic surpassed 3,000 on Monday after dozens more died at its epicentre in China and cases soared around the world with a second fatality on US soil.

The WHO says the virus appears to particularly hit those over the age of 60 and people already weakened by other illness. - The Jakarta Post/Asia News Network